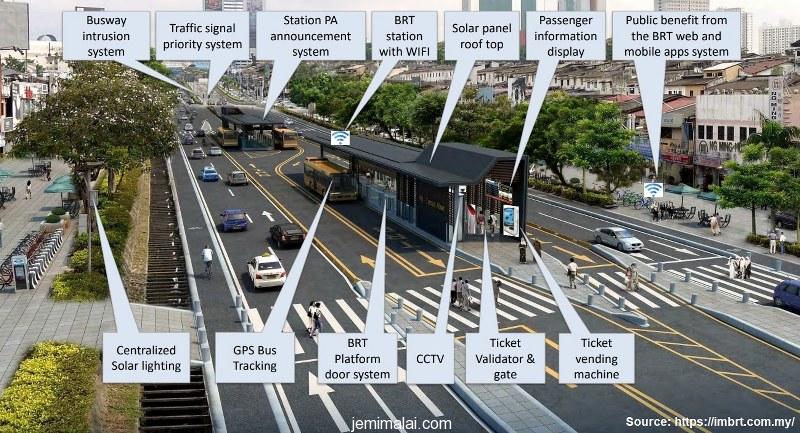 
After some delay, the IMBRT Pilot Testing Programme was launched in 2021 in Medini, Johor. A tram-like bus was introduced together with several green buses in the programme. The testing also involves using cash and card ticketing and collecting passenger experience. In particular, Autonomous trackless trams are the most popular and impressed bus among participants.


Last month, a news reported that 97.9% of respondents indicate a positive experience in participating the IMBRT Testing Programme. It seems that IMBRT is very well received by local residents.

For property investors, many are asking whether IMBRT be a game-changer after some price drop for properties in Iskandar Malaysia. The answer, however, is not definitive. Nevertheless, IMBRT provides strong connections to JB Sentral, proposed Rapid Transit System that linking JB and Singapore, and, Customs and Immigration and Quarantine (CIQ) complex. Here, it is expected some local and foreign home buyers are looking into properties within walking distance to BRT Stations.

Hopefully, IMBRT will be a catalyst for the property industry and bring more transportation convenience to residents in Iskandar Malaysia.